The forgotten women artists of surrealism 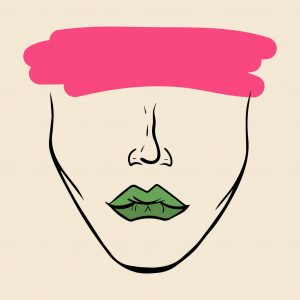 We all know the works of Salvador Dalí, Max Ernst and Man Ray, but what about the women artists of surrealism? Whilst these names ring loud throughout the art historical canon, there are many others who have, until recently, fallen prey to the cracks of history. In 1929, André Breton, the founder of the surrealist movement, famously wrote: ‘The problem of woman is the most marvellous and disturbing problem in all the world.’ In doing so, he highlighted the surrealist obsession with the female psyche. Even as the movement sought to overthrow the bourgeois order, its fixation on women as emblems of mystery and objects of desire revealed a blind spot in its politics. All too often, the women of surrealism were cast into the role of muse by their male peers, despite their artistic capabilities. Below, we spotlight five women artists who helped reclaim the surrealist movement for themselves.

Born into an aristocratic English family, Leonora Carrington possessed a rebellious nature from an early age. Much to her father’s dismay, she shunned her debutante expectations in favour of a bohemian life as an artist. Aged 20, she fled to France with 46-year-old painter Max Ernst, where they settled before the outbreak of WW2 brought their relationship to an end. She held a strong identification with wild animals, particularly horses, who feature heavily in her paintings, emblematic of her free spirit. Her magic realist works are rich with symbolism and autobiographical detail. In her self-portrait, The Inn of the Dawn Horse, a static white rocking horse represents her father’s attempts to control her, whilst the wild galloping mare glimpsed through the window embodies her escape. In 1942, she moved to Mexico where she spent the rest of her life. “I didn’t have time to be anyone’s muse”, she said, “I was too busy rebelling against my family and learning to be an artist.” For Carrington, freedom was always a guiding principle.

Known by her peers as the ‘Queen of the Bohemian Art’, Texan painter Gertrude Abercrombie is a forgotten gem of American Surrealism. Spending most of her life in Chicago, her paintings invoke gothic visions of Midwest landscapes, scenes populated by lone houses, ominous moons, mysterious women and eerie black cats. Born in 1909, Abercrombie was the only child of two opera singers who nourished her artistic streak. Adored by Chicago’s creative scene, she held lavish parties in the shabby Victorian mansion she shared with music critic Frank Sandiford. Yet, despite this exuberant life, her artworks are deserts of isolation that stir up psychic states of anxiety and fear through their controlled colour palette and sparse landscapes.

The Argentinian painter Leonor Fini is best known for her surrealistic depictions of unruly, powerful women. As a teenager, Fini spent months with her eyes bandaged shut after suffering rheumatic conjunctivitis, during which she experienced interior visions that she later channelled into her art. “Paintings, like dreams, have a life of their own and I have always painted very much the way I dream,” she once stated. Through her painting, she built mythical dream worlds inhabited by strange entities: sphinx women, witches, scorpions. The mother of 17 Persian cats, Fini’s eccentric persona made her a bohemian it girl. Raised by her own mother in the Italian city of Trieste, she was inspired by the decadence of the Italian Renaissance. But unlike the Italian masters before her, Fini inverted the male gaze, producing a body of work in which women featured as subjects full of their own desire, rather than simply objects of such.

One of the most important Czech artists of the 20th Century, Toyen is a unique figure among the strong women of surrealism. Born Marie Čermínová in 1902, she left home at 16 and soon adopted the pseudonym Toyen, a name that would follow her throughout her life. Derived from the French word for ‘citizen’, she took advantage of its gendered ambiguity. A radical nonconformist, she manifest a queer sensibility through her erotic artworks and her androgynous persona. Starting out as a Cubist painter, it wasn’t until she moved to Paris in 1925 when her work began to take a surrealist turn. Returning to Prague in 1934, she co-founded the Czech Surrealist Group before it was labelled ‘degenerate’ by the Nazi occupation and forced underground. After the war, she fled back to Paris, where she worked closely with André Breton, and anarchist poet Benjamin Péret who famously wrote that “Toyen’s entire oeuvre aims at nothing less than the correction of the exterior world in terms of a desire that feeds upon and grows from its own satisfaction.”

Born to a religious family in the small town of Galesburg, Illinois, of which she said, “Nothing ever happened but the wallpaper,” Tanning found an escape in the rich worlds of gothic novels. The imaginative excesses of these formative years became an inexhaustible well of inspiration for a career that spanned over 70 years. In 1943, she moved to the Arizona desert with husband Max Ernst. In response to the vast landscapes that surrounded her, she became more and more preoccupied with interiors. Her work is a theatre of uncanny architecture: strange girls navigate their way through corridors, staircases, and most notably doors. A recurring motif for Tanning, the door functions as a portal to the unconscious, as seen in Eine Kleine Nachtmusik and Birthday. She went on to develop her practise through sculpture, set design and writing, leaving behind a varied arsenal of work that gestures toward, in her own words, ‘unknown but knowable states.’

8 opportunities for artists this October