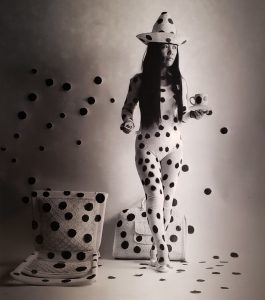 In 1971, the American art historian Linda Nochlin was asked: “Why have there been no great women artists?” In the now renowned essay of the same title, she set about answering this, deftly dismantling the cult of male genius, whilst outlining the myriad of social conditions stunting women in the art world. Fifty years later, a lot has been achieved. It’s no longer a novelty to see a major retrospective dedicated to a female artist, or see a woman in a position of leadership within museums and galleries. To celebrate this International Women’s Day, ArtWeb has compiled a list of the most compelling documentaries about women artists and creatives. From abstract visionaries forgotten by history, to eccentric collectors who rescued art from the Nazi’s — the future of art may indeed be female.

Louise Bourgeois: The Spider, the Mistress, and the Tangerine (2008)

The first woman to ever have a major retrospective at MoMA, Louise Bourgeois is best known for her giant spiders and her lifelong obsession with the mysteries of childhood. Filmed just two years before her death, aged 99, this intimate documentary features touching moments of the late artist in her studio interacting with her work and reflecting on the inspiration and challenges of her prolific career. In one of the most tender scenes, Bourgeois demonstrates a dinner ritual of her father’s, incising lines into the surface of a tangerine and peeling it back to make a small figurine. With a haunting soundtrack, and commentary from key art world players, this evocative film offers a fascinating glimpse into the psyche of one of the greatest artists of the 20th century.

Available to watch on AppleTV

Deriving its name from a photobook of the artist published two years prior, What Remains is a study of artistic purpose, documenting Mann’s work at her Virginia farm house. She became prominent in the early 1990s, with her photo series Immediate Family in which she produced enigmatic portraits of her children as they approached adolescence. Discussing the controversy that ensued around those images, and the effect it had on her family’s life, director Steve Cantor offers viewers another portrait: that of a woman, an artist, a mother and a wife, for whom art and life are inseparable.

Available to watch on Apple TV

For decades, the work of Hilma af Klint has existed at the periphery of the art world, scandalously overlooked by art history until her recent re-discovery. A true visionary, she was churning out trailblazing abstract paintings long before the term was ever coined. Though, inspired as she was by spiritualism, mystical science and the natural world, her work was often trivialised by members of the establishment, leading to her erasure in the art historical canon. Halina Dryschka’s documentary goes some way in correcting this, re-establishing her position as an expressionist master. Through interviews with historians, gallerists and journalists, it shows inner mechanisms of the exclusionary world she was up against, and perhaps more importantly, celebrates her strange and sensual works on their own terms.

Available to watch on Vimeo

Known for her dizzying spot-scapes and mesmerising infinity rooms, Kusama has been making a splash in the art world for decades, but the woman behind the art is often obscured by her fantastical visions. Infinity is a story of resilience and triumphant creativity against the backdrop of mental illness, exploring the life of the artist from her tragic childhood to the present, where she voluntarily resides in a psychiatric facility in Japan. Charting her time in New York City between 1950 and 1970, where she rubbed shoulders with the likes of Andy Warhol and Claus Oldenburg, it shows her frustration and courage as a female artist often plagiarized by her male counterparts who used her ideas to propel themselves to stardom.

There is perhaps no city in the world more romantisied than the artist’s vision of New York. Think splattered paint and red brick lofts filled with eccentric characters and furniture to boot — but does this New York still exist? And what does it mean to be a woman working as an artist in a place overflowing with history and ambition in equal measure?  Our City Dreams is a lyrical foray into the lives of five women artists inspired by the city they have come to call home. Featuring Swoon, Ghada Amer, Kiki Smith, Marina Abramovic and Nancy Spero, it shows how these artists, of different ages, cultural backgrounds and disciplines, experience the challenges and rewards of being a woman in the art world, whilst exploring the intersection between place and imagination.

Available to watch on Amazon Prime

There are very few people who have loved art as fervently as Peggy Guggenheim, the unparalleled collector, patron and socialite of modern art. Nicknamed The Lioness on account of her fierce passions and striking image — fur-lined dresses, monstrous sunglasses, and typically surrounded by an entourage of small dogs, of which she had 14. Centering around newly re-discovered recordings of her last known interview, this documentary tells the story of an extraordinary life lived amidst the great artists of the 20th century, with Salvador Dalí, Pablo Picasso, Man Ray, Jackson Pollock, Max Ernst and many more all earning honourable mentions. From her eccentric family life and fleeing Nazi occupation, to her illuminating love life and later years along the Venetian canals, this is the remarkable tale of a woman who lived and breathed art with every fibre of her being.

The forgotten women artists of surrealism