By Sara in Interviews

I grew up in Lancashire and have spent most of my life in Yorkshire. A Quaker since my 20’s.

When did you decide to pursue painting as a career?

It was always a dream, but became reality only in 2007. 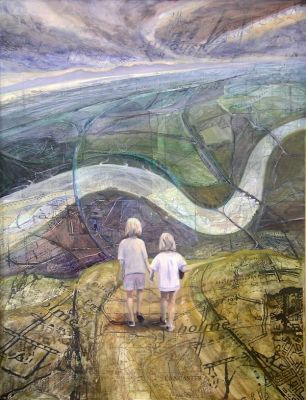 A degree in Physics and a career in IT. More recently, have been back to college to study art and design.

What has been the high point of your career so far?

Being invited to put on a solo exhibition at Brantwood House. Ruskin was a brilliant thinker and is one of my heroes, so it was a great privilege to exhibit there.

Recently I’ve been influenced by Julian Cooper, who paints rock better than anyone.

To get better at painting. Which probably means learning to see more clearly.

What feelings or reactions do you hope to arouse in people who view your work? Are you ever surprised by reactions that you get?

I hope they will be prompted to take a slow look at the natural world. I love it when someone says to me ‘I know that place but now I’ll go and look at it again’. The most surprising comment I’ve had recently was from a lady who said she was going to use my exhibition in her sermon to the Methodists (though she didn’t say how!). 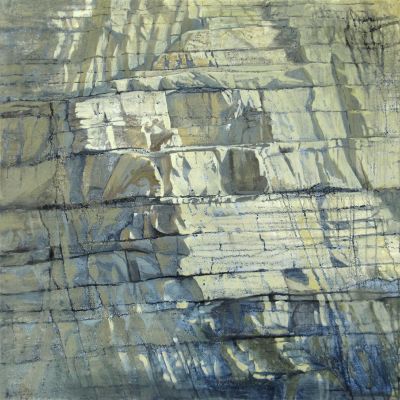 I work quite fast once I start. The mixing of Indian ink and oil paint does so much to produce intricate textures, that I don’t like to put too much paint over that first layer. I often have two paintings on the go, and typically would complete them in about five half-day sessions.

What are you working on next? Any future plans or projects in the pipeline that we should look out for?

The project ‘A Return to the Coast’ got me interested in the geology of Britain. So there will be more rocks, but the emphasis is constantly moving on. In each painting I try to do something that I’ve never done before.

Being inspired by painting

John Ruskin’s view of the world and our place in it was radical in the nineteenth century and is even more relevant to us today. 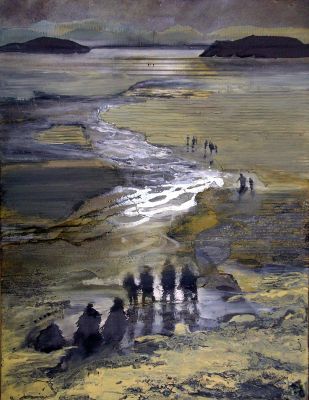 What feelings, subjects or concepts inspire you as a painter?

Connections, natural processes and patterns. I’ve worked with systems and mathematical models. The emergence of complexity from a few simple rules, the similarities in nature between large and small scales, and the hints of a mysterious underlying unity, are ideas that I keep returning to.

‘Torrisholme Road’ (2008). It probably isn’t the most technically competent piece I’ve produced, but it was a key point in my artistic development, and involved such a lot of memories and personal feelings.

For those thinking about turning a passion for painting into a career, could you give any advice?

It’s hard to make a living out of art. If you do, there’s often a tension between what you know you can sell and what you’re really interested in. It’s crucial not to lose the latter. I think you have to reserve some time for artistic play as well as artistic work. 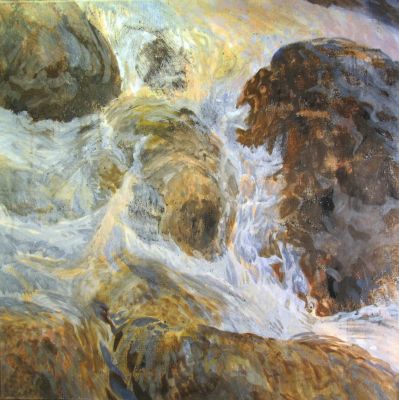 You can take the artist out of the city……

Colour artist and painter Clare Galvin is in the Spotlight today!