Artists in love: 5 artworks to swoon over this Valentine’s Day 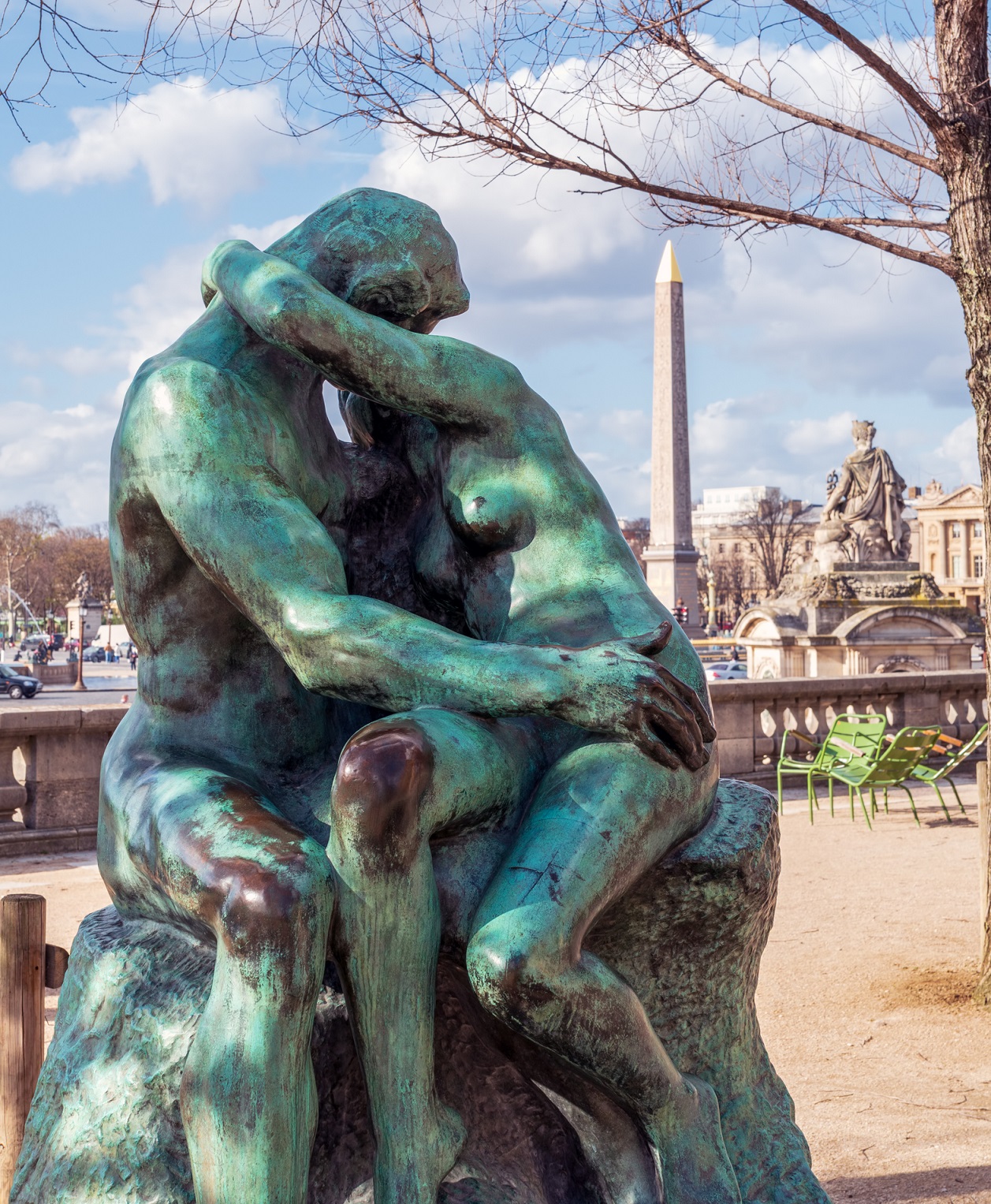 Love, in art as in life, comes to encompass a vast range of complex emotions and experiences. It’s chemical yet magical, elusive and ephemeral, though at the same time its power can feel overwhelmingly concrete. And although the course of true love may not always run smooth, in the hands of great artists, it’s certainly interesting. In the spirit of Valentine’s Day, we’re reflecting on five artworks that can teach us something about the essence of love. From gravity-defying romance and the throes of carnal pleasure to bittersweet break-ups and the grief of love lost, matters of the heart remain as alluring as ever.

Two lovers share an impassioned kiss. Caught up in the rapturous throes of romance, they are oblivious to everything around them — their nudity, morality, the viewers that gaze upon them.  Inspired by the doomed, adulterous lovers of Dante’s inferno, Rodin’s The Kiss was originally conceived as part of his monumental 6 m sculptural marvel Gates of Hell, though they failed to make the final cut. He created three different versions of The Kiss in his lifetime, the first of which now resides, aptly, in the city of love’s Musée Rodin. Despite its hallmarks of classical sculpture — white marble, nude figures — Rodin’s The Kiss is in fact profoundly modern. Created in 1882, the woman is portrayed, quite radically for the 19th century, as an equal partner in desire. He did away with the standard formalism of the plinth. Instead, their supple, smooth bodies are juxtaposed with the rough chiselled rock from which they’ve been carved. There is no pedestal, no grand exaltation, just a familiar and earthly longing for intimacy.

When Dante Alighieri first met Beatrice, it set in motion a lifelong obsession. “Behold,” he wrote upon their first encounter, “a deity stronger than I; who coming, shall rule over me.” Hoping to catch a glimpse of her, he spent days wandering around Florence. Henry Holiday’s vibrant pre-Raphaelite Dante and Beatrice painting depicts one such scene, as recounted in Dante’s autobiographical La Vita Nuova. Whilst he anticipates Beatrice from his position on the Santa Trinita Bridge, she has other ideas, and refuses to greet him, looking sternly forward, as her two friends scan his face for a reaction. In his early life, Dante went to great lengths to conceal his love for her, even feigning interest in other women. Could Beatrice have heard about his lusty reputation? Holiday, who came to be known as ‘the last Pre-Raphaelite’, wasn’t the only one taken with this particular love story. In fact, the pre-Raphaelite movement is full of depictions of Beatrice, who came to represent a type of idealised love that transcends physicality. With a sharp eye for composition and colour, and an impressive attention to detail, Holiday’s contribution captures perfectly the sting of unrequited love.

The Lovers – Marina Abramovic and Ulay

One of the great couples of contemporary art, the love story of performance artists Marina Abramovic and Ulay is an unforgettable tale of collaboration, trust, betrayal, and forgiveness. Describing themselves at one point as a “two-headed body,” they lived a nomadic lifestyle, making risky and extreme performances that pushed the boundaries of art, the body, and their relationship.

In Rest Energy, for example, they balanced themselves either side of a bow and arrow. With the arrow pointed at Marina’s heart, one slip of Ulay’s hand could have resulted in fatal consequences. Their ultimate collaboration began in 1983, when they planned to walk the Great Wall of China, setting off from opposite ends to meet in the middle where they would marry. But during the years it took to plan The Lovers, their relationship deteriorated. When they finally walked the spine of the dragon in 1988, their union resulted in a separation rather than a marriage vow.

For 22 years they didn’t speak, until Ulay stepped out of the audience to face his former lover as part of Abramovic’s 2010 MOMA performance The Artist Is Present. Tears fill their eyes and, breaking her own contact rule, she reaches out to take his hands. After their gruelling journey, all those years apart, intimacy is rekindled. Love is never lost.

Consisting of two identical commercial wall clocks, Felix Gonzalez-Torres’s work Untitled (Perfect Lovers) is a bittersweet ode to the transience of love. Hung side-by-side upon a bland wall, the clocks start in perfect synchronisation. As time passes, they fall out of sync, the batteries and mechanisms dwindling at different rates. Made shortly after his partner, Ross Laycock, lost his life to AIDS, the piece represents two mechanical heartbeats, creating a personal poetry from otherwise uninspired mundane objects. In 1988, he sent a sketch of the piece to Laycock, enclosed with the following note: “Don’t be afraid of the clocks, they are our time, the time has been so generous to us. We imprinted time with the sweet taste of victory. We conquered fate by meeting at a certain time in a certain space. We are a product of the time, therefore we give back credit where it is due: time. We are synchronised now and forever. I love you.”

So taken with each other that their feet scarcely touch the ground, Marc Chagall’s Birthday oozes with the weightless euphoria of blossoming romance. His levitating lovers are enough to instill butterflies in even the most cynical of hearts. Claiming ‘love’ as the primary colour of his paintings, this piece is a celebration of the love he shared with his childhood sweetheart, Bella, whom he married just a few weeks after Birthday was painted in 1915. Though the domestic setting may be fairly ordinary, their love is anything but. Dreamlike, playful and gravity-defying, Chagall’s body swoops backward in flight to kiss his future wife’s lips. Their partnership is depicted with playful wit and joie de vivre, which is echoed in Bella’s memoirs Burning Lights. Published 30 years after Birthday, she recalls their meeting fervently; “Spurts of red, blue, white, black. Suddenly you tear me from the earth, you yourself take off from one foot. You rise, you stretch your limbs, you float up to the ceiling. Your head turns about and you make mine turn. You brush my ear and murmur.”