How to evoke emotion through your art 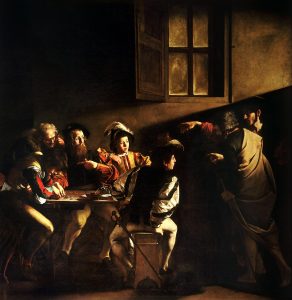 All aesthetic experiences possess the ability to arouse strong emotions. As children, we begin making connections to understand simple concepts. We learn that when a bottle appears, we are about to be fed, and when the lights dim, it’s time to sleep. However, as we grow older, these connections become more conceptual and we come to associate certain images with emotions. These associations can be rooted in personal memory, a specific culture, or a wider human consciousness. When we look at art, each expression, colour or symbol acts as a visual cue that triggers an emotional response by calling upon these deep-seated associations. As an artist, what tools can you use to draw from this well of associations? We share the four essential principles for evoking emotion through your art.

We often use light as a metaphor for someone’s character. A happy person may ‘light up the room’, whilst a more sinister personality may be described as ‘dark character’. When choosing the lighting for your subject, it’s important to bear these connotations in mind. Lighter images tend to elicit feelings of joy, openness or freedom, whilst dimly lit scenes convey a sense of sadness, evil, mystery or illegality. Painters like Caravaggio became famous for their use of ‘chiaroscuro’, a technique which employs strong contrasts between light and dark in order to emphasise the emotional intensity of a scene or the psychological complexity of a subject.

The direction of light, too, can play a vital role in creating a specific emotional tone. Light from above can evoke a feeling of calm, or gesture towards the divine, as in Raphael’s The Transfiguration (1516–20). However, light from below, sometimes known as ‘horror lighting’, can leave us feeling uneasy, as its unnatural positioning distorts facial features and exaggerates shadows around the eyes.

A basic understanding of colour theory can significantly improve the emotional impact of your artworks. It explains how we perceive colours, the visual effects of mixing, matching, and contrasting different colours, and the messages they are able to communicate. Colours can have a profound effect on the ways we respond to art. Studies have shown that looking at the colour red, for example, can even raise your heart rate!

Picasso’s Blue Period is a great example of how colour can be used to evoke emotion; his cold palette of grey and blue perfectly captures the chill of despair in his subjects. Conversely, a painting like Vincent Van Gogh’s Sunflowers (1888) makes use of warm yellow and orange tones which radiate feelings of hope and joy.

Next time you’re planning a piece, experiment with photoshop’s colour filter before you start. Colours have the ability to tap into our most basic instincts, so one of the surest ways to evoke emotion through your art is from within your palette.

Composition and perspective shape the viewer’s experience of the artwork. Perspective can help us position ourselves within the piece of art, and call upon our ability to empathise, whilst composition can help to set the rhythm or mood of a piece. As humans, we are naturally drawn to symmetry, so pieces with a symmetrical composition can manifest an atmosphere of harmony, whilst asymmetrical, crammed or unbalanced compositions can produce a sense of chaos or awkwardness.

In religious art, our gaze is often directed upwards, to create a sense of awe. This is echoed in the work of romantic painters like Turner and Constable who evoked notions of the sublime by painting vast, dramatic landscapes, punctuated with tiny figures to emphasise the enormity of nature.

Distance and space are closely linked to emotion, so if your work is figurative, think about the proximity between your subjects. A single figure, or two figures sat apart in an enclosed space can provoke sadness by inferring loneliness and isolation, as in the paintings of Edward Hopper. Whereas, portraying multiple figures in an open space may conjure feelings of unity or togetherness. Whatever you’re trying to evoke in your viewer, these simple tricks in composition and perspective can help you get there.

Symbolism has been used by artists for millennia to evoke emotions by way of metaphor, drawing from the complex web of associations in our collective imagination. In symbolism, animals, flowers and objects often come to stand in for an idea or a concept, though their exact meaning may differ from culture to culture. The symbol of the snake, for example, holds significant weight in Christian art, where it has been used to portray ideas of evil and destruction. In ancient Chinese cultures, however, snakes were a symbol of good luck, harvest and reproduction. So, when using symbolism in your own work, it is important that you understand your audience in order for it to be effective.

Hope (1886) by George Frederic Watts is an excellent example of a work which harnesses the suggestive power of symbols: It depicts a blindfolded woman seated on a globe whilst playing a lyre with only one remaining string. Despite her melancholic surroundings and lack of sight, the personified hope of Watt’s painting holds to her breast the chance to make a symphony from a single string.

Times have changed: the evolving role of an artist