3 of the Most Controversial Works of Public Art 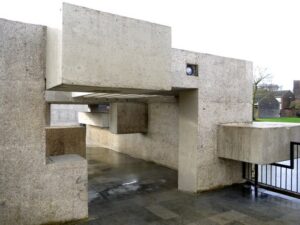 It seems that everyone has an opinion on public art, whether positive or negative. Is it all a waste of taxpayers’ money, or a welcome way to add interest to what may otherwise be a dull urban or rural landscape? Is it important that the artist behind the work has a meaningful prior connection with the locality in which their public art takes centre stage? Does public art serve a grander moral purpose beyond simply giving us something to catch our eye and talk about when we walk past it on our daily commutes?

One thing’s for sure – the very nature of public art lends itself to controversy, and the following works from down the years have been some of the most controversial of all.

The minimalist sculptor Serra caused the massive outcry that he would have surely entirely predicted with this forebodingly black, raw steel creation, measuring 120 feet long and 12 feet high, that effectively sliced in half the Federal Plaza in Manhattan, New York. We say “entirely predicted”, because the sculpture’s intrusiveness – forcing local workers to alter their usual walking routes across the plaza – was entirely the point. The artist’s protestations that, “The viewer becomes aware of himself and of his movement through the plaza…I don’t think it is the function of art to be pleasing,” proved in vain, as the piece was dismantled only a few years later and ironically replaced with an even more obstructive maze of green benches and shrubs.

Much of the debate over the role of public art in what may seem otherwise unartful spaces has long centred on this geometric reinforced concrete structure that was intended as a centrepiece of the new town of Peterlee in County Durham, England.

.There was public opposition to the work as soon as it was unveiled, with the piece also criticised over the years as a focus for graffiti and a hangout for delinquent local youths. However, the Pavilion was also described as “a post-modernist gem” and “an internationally important masterpiece” by English Heritage. Despite the structure reportedly being on the verge of demolition in 2000 – with local councillor Joan Maslin describing it as a “monstrosity” – it was restored at the cost of £400,000 in 2009, completing its unlikely renaissance when it became a Grade II* listed building in 2011.

The iconic image of Marilyn Monroe standing on a subway grate as a passing train blows her white dress upwards in the 1955 romantic comedy The Seven Year Itch has long captured imaginations, as did Seward Johnson’s depiction of it when it first graced Pioneer Court in Chicago, Illinois.

However, much of that attention was seemingly for the wrong reasons, with Chicago Sun-Times critic Richard Roeper among many to bemoan the spectacle of “Men (and women) licking Marilyn’s leg, gawking up her skirt, pointing at her giant panties as they leer and laugh. It’s not that the sculpture is shocking or sexist or obscene – but it’s definitely bringing out the juvenile goofball in many of us.”

There were also questions about the local relevance of a statue paying tribute to a movie that was neither filmed nor set in the city. This made it unsurprising that having only been inaugurated in July 2011, the statue moved the following year to Palm Springs in California, before being relocated again in 2014 to New Jersey for an exhibit honouring Johnson at the artist’s 42-acre sculpture park and museum, Grounds For Sculpture.

Most of us can probably point to a controversial piece of public art in our own towns. Furthermore, there are many other famous examples, ranging from Anish Kapoor’s Dirty Corner – the piece also referred to as “The Queen’s Vagina”, and which was the subject of considerable anti-Semitic vandalism in Versailles – to David Černý’s 2009 work Entropa, which angered certain members of the EU long before anyone had heard of the term ‘Brexit’.

What are your own thoughts on the role of public art in 2016, what do you think makes the difference between a well-judged and ill-advised work of public art, and what are your favourite examples in either category? Feel free to contribute your thoughts below…

The Stories Behind 5 of the UK’s Greatest Art Colleges

Use Social Media to increase traffic to your website

Getting the Most Out of Your Website Part 2: ‘Making it Clear’