By Lily Crossley-Baxter in Art And Culture 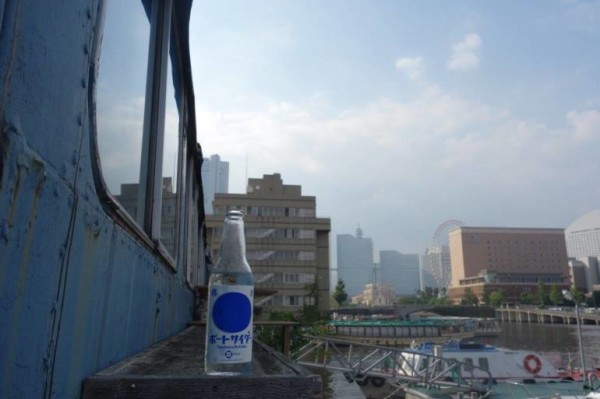 Finding the best of the Yokohama art scene is an adventure: in former red light districts, dock-side warehouses, residential areas and even extending into the sea; international and local artists are hard at work. Yokohama has used its history to its advantage. With 150 years of mixing communities and welcoming traders, explorers and visitors as one of Japan’s first open trade cities, it now actively seeks foreign and local artists, offers residencies and is slowly becoming a must-visit pin on the art world’s map. Focusing on the joining of art and communities, regeneration is a prominent focus, adding and building on the layers of the city’s history to create new experiences for everyone involved, from artist to resident to passerby.

We visited some of the key spots in the city to see some examples of how this community is growing:

When the area was badly bombed in the Second World War, the shattered community quickly became a target for drug rings and prostitution (it was so bad Kurosawa chose it as the location for his 1963 thriller High and Low). While the former was largely eradicated in the 60s, the latter lived on into the 21st century. Finally, with the 150th anniversary of the city’s beginnings around the corner, “Project Bai Bai” was launched in 2005 and over 150 tiny, single prostitute houses filled with trafficked women were cleared. This was all well and good, a glowing success story…but the emptiness left behind was damaging businesses and leading the area into abandonment. After countless meetings, suggestions and proposals, the only suggestion agreed upon by residents, local police and government was put into action: art. Fast forward to 2016 and the area is bright and fresh, and although quiet on the surface, each reformed brothel houses an artist hard at work, with window displays ranging from ceramic anatomical hearts to colorful Vietnamese prints. The change is down to the Koganecho Area Management Center (KAMC), an NPO tasked with regenerating the area. With dozens of studios, purpose-built studio spaces beneath the train arches, a cafe and a shop, the area is growing and great to explore. Local businesses are thriving again and new ones are starting thank to a subsidisation scheme by the government. 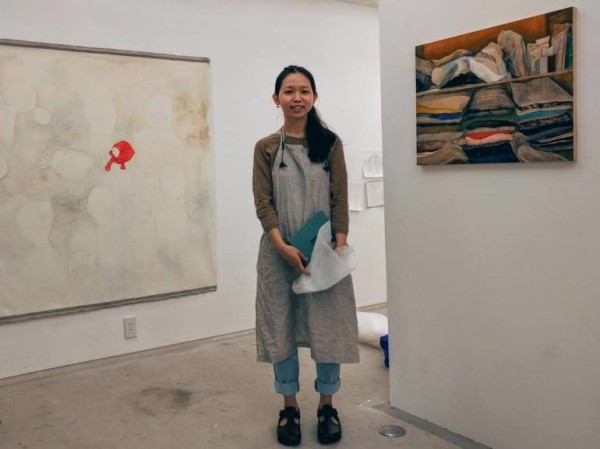 Over 60 artists are currently in subsidised residencies, living above their small studios and giving the area a strong community feel. By accepting artists from across the world, KAMC have ensured the variety and collaborative development are evident, with artists sharing work spaces and combined exhibitions held frequently. If you would like to apply for the residency programme you can find out more here and this site also has great info on finding residencies across Japan! 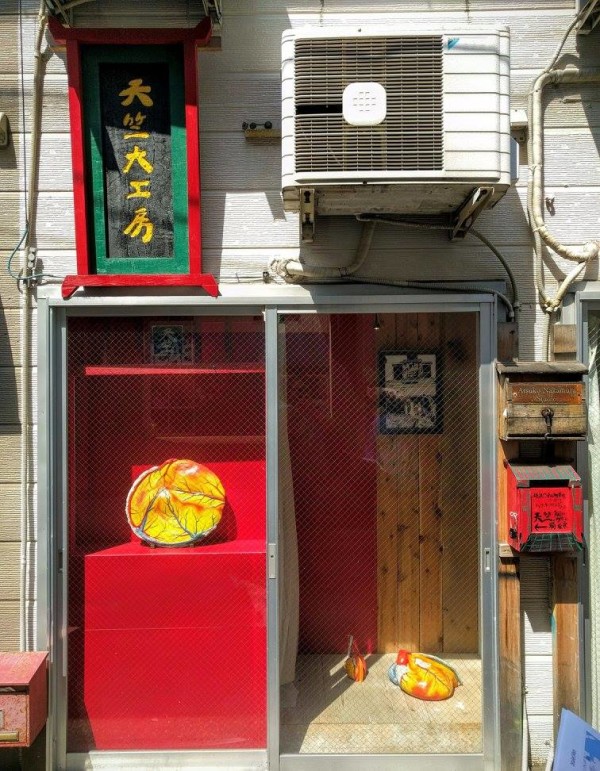 If you’re keen to explore the area then head along for a walk, you can peer into countless windows, have some tea at a subsidised cafe, hunt for a book in the shop and even go stand-up paddle boarding along the river! 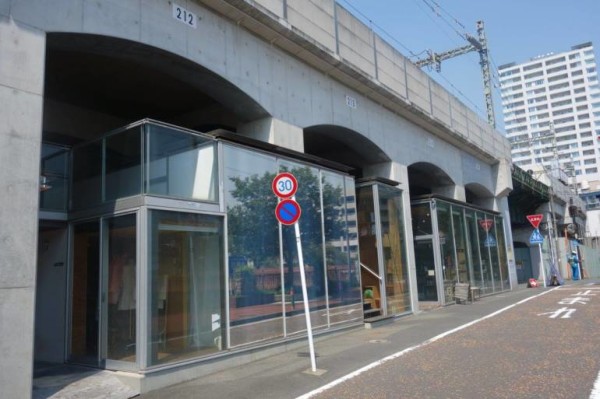 The annual Koganecho Bazaar is starting in October and running for a month, so this is the perfect opportunity to explore the area and visit the studios for exhibitions, workshops and classes!

A dock-side hub for arts and culture in Yokohama, BankART 1929 is a studio, gallery, cafe and more. Originally housed in two separate former banks, the story of regeneration continues, and it eventually moved to its current location overlooking the docks. The cavernous galleries feature large-scale exhibitions that sometimes scale the building, with the walls and windows only there for guidance. Ranging from traditional art exhibits to live performances to interactive installations, the variety is stunning and you’ll never be disappointed. With eight artists in residency for three-month stints, there’s always a busy atmosphere and new work being created. This is only the start though, as the site boasts a horde of opportunities for artists, students, visitors and lecturers to interact and enjoy the surroundings. The cafe is open from 11:30am to 5:30pm serving reasonable drinks including Yokohama Port Cider (lemonade to you and me, not cider-cider). Between 5:30pm and 11:30pm it becomes a pub with a selection of beers you can enjoy on the terrace or the installation seating by the red-brick outdoor kitchen. There is a school running classes from Monday through Saturday with postgraduate classes available with over 600 staff members and over 3000 students.

Continuing the residency trend and delving deeper into the local community, the Yokohama Apartment project is nestled in the quiet residential area of Nishi-ku in Tobe. Four tall, white, wooden structures with a simple open atrium form this residency complex centered around community and transparency. 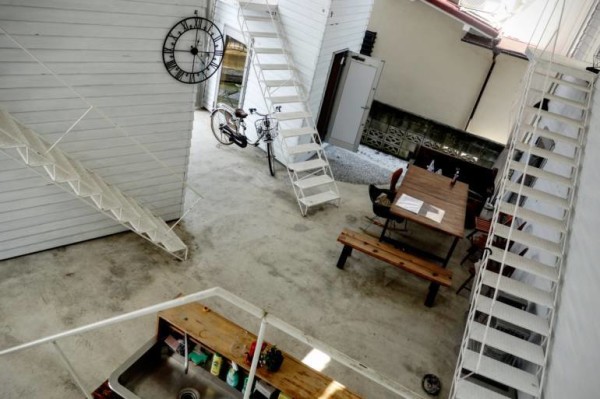 The Yokohama Apartment project allows four artists to live, work and create in the heart of a quiet residential area. Using elements of design from the surrounding buildings such as wooden structures, height and narrow winding roads, the environment and community are reflected in the architecture itself. The complex features an open plan courtyard which is used for collaboration between both the artists and the community during events and shows.  With underground heating and large curtains, it is usable throughout the coldest months and maintains a constant setting for meetings and events. The aim to create a natural collaborative community was key to the design and the complex won the Jury’s special award in the Biennale Expo 2016. Artists can rent a space for 60,000 yen a month, with a 12,000 yen management fee and responsibility for their own electricity bills.

Not only does Yokohama have a developing scene, it is home to numerous successful design and architecture and creative companies that have chosen to remain instead of relocating to Tokyo, proud of the city’s impact on their work. The city’s unbreakable bond with its creatives is a sign of the strong creative environment which is still growing and makes it ever more promising.

If you’ve been in Yokohama a few days, you will have seen leading design company NDC’s work without realizing—the blue dog, the red-shoe chocolates and countless others are all examples of their designs drawn from the city’s history. Having worked on leading brands across all mediums, they even designed the Japan Tourism Agency’s logo (so you’ve definitely seen something!). Visiting their office, the creative spirit was clear as posters displaying their proudest Yokohama designs were showcased above all others. Even though it’s not a gallery to be visited, knowing that the items you see are designed in-city by local creatives is as unusual as it is nice. Responsible for the Apartment residence above, Architectural firm Ondesign have created numerous prize-winning designs in Yokohama and Tokyo, fostering local businesses and artists. Founded by a Kanagawa local, the company has retained roots in the city and continues to work towards the city-goal of creativity and regeneration.

To appreciate the architectural make-up of Yokohama in one sweeping glance, while standing on one of its prime examples, sanbashi pier is the perfect spot. Originally built in 1986 and reconstructed to meet modern demand in 2002, the pier continues with Yokohama’s style of adapting and growing while retaining its history. 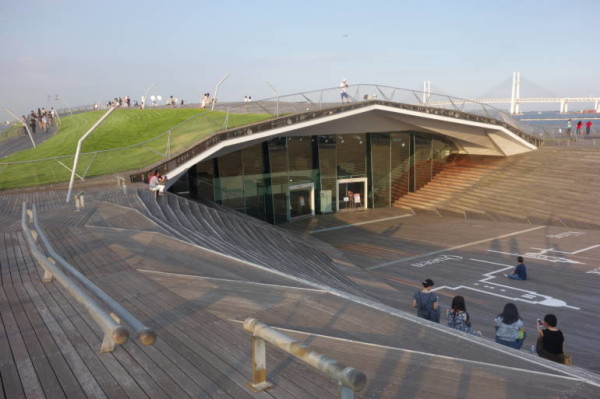 The structure has been designed to feature no stairs, beams or posts so it feels like a natural creation underground. 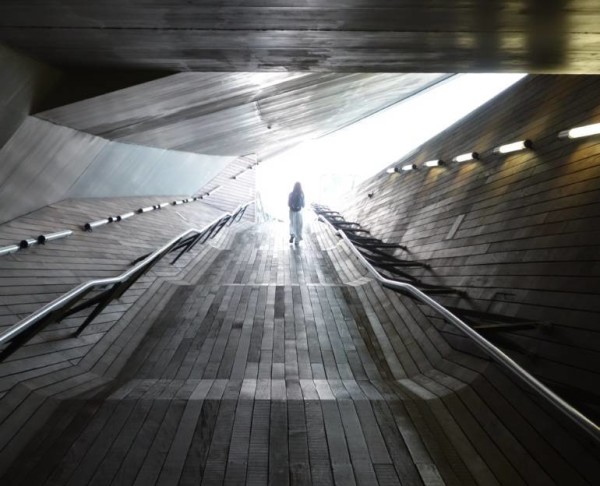 The top has grass and lovely views of Minato Mirai as well as the color-sectioned dock area (parts are specifically green or white, for example). 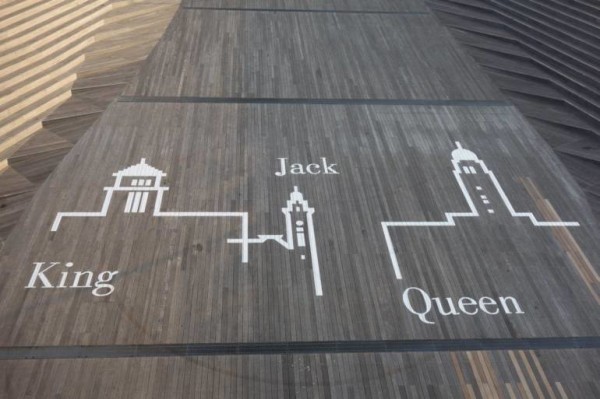 Perhaps the most famous view, especially for couples, is that of the three towers. Nicknamed the Queen, the King and the Jack, (the Yokohama customs building, the Kanagawa Prefecture Office and the Yokohama Port Opening Memorial Hall, respectively). Legend has it that if you look at all three at once, you’ll have a wish granted, so it has inevitably become popular with couples (evidenced by padlocks). As they’re not immediately visible to the untrained eye, a smart graphic has been printed on the deck so you can’t miss them. (It might be reminiscent of the infamous Friends scene of Rachel’s sonogram though). Very picturesque at sunset, needless to say. Beyond the Canvas: 7 Ways to Make Money Aside from Selling Your Work

← ‘Clear Drinks Only’: Home Galleries and Open Houses
→ 5 Lesser-Known Artists to Have Used Their Bodies for Their Art