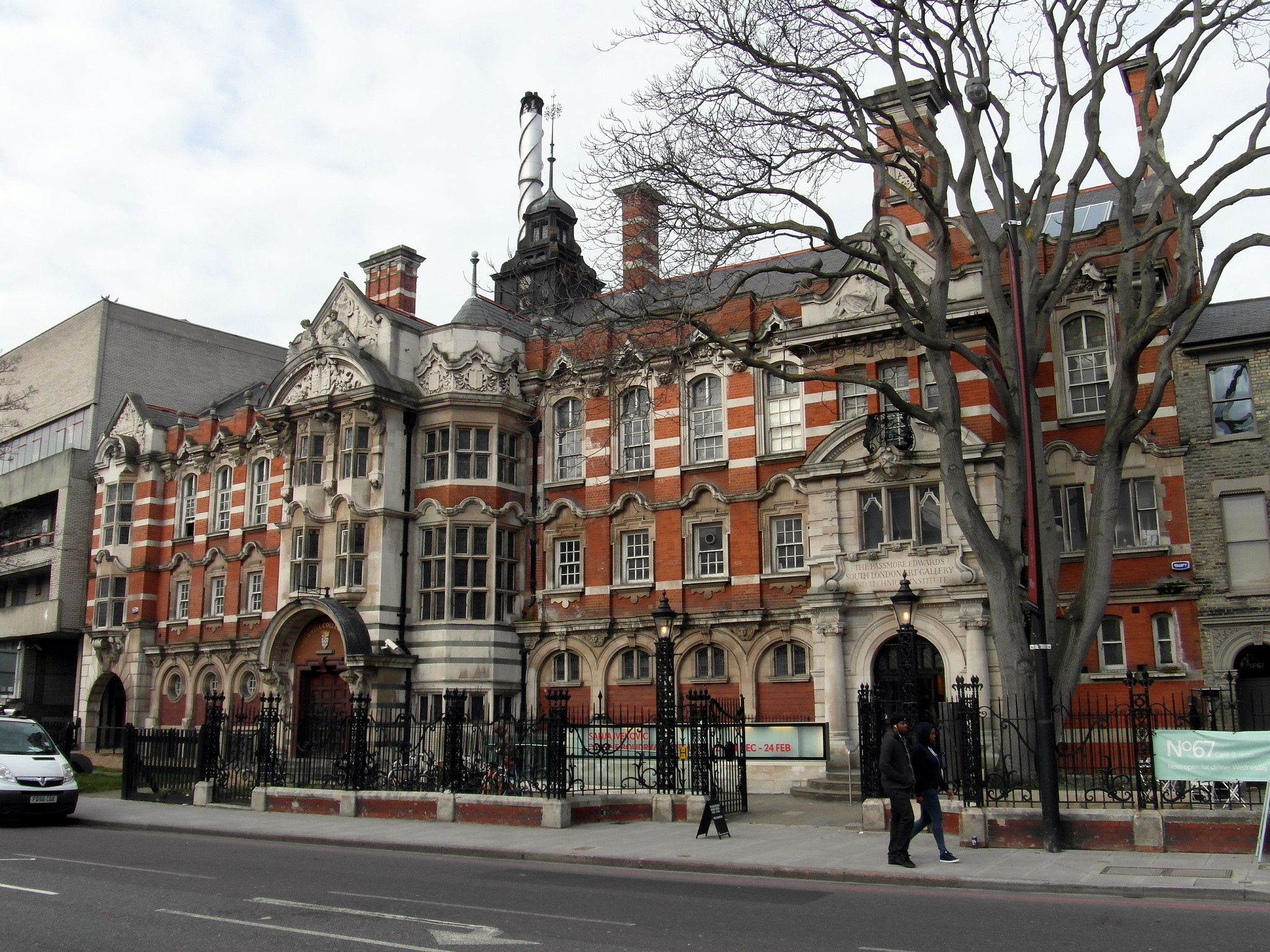 A somewhat underexplored area of study has been that of the key role played by UK art schools in the development of some of the country’s most distinguished and accomplished artistic practitioners — and by extension, those schools’ contributions to wider British cultural life.

A short history of the London art school

When one thinks of historically celebrated London art colleges, household-name institutions as the Slade School of Fine Art, the Royal College of Art and Goldsmiths (he latter synonymous with the Young British Artists) easily come to mind.

However, alongside many art schools and colleges that can be considered long-defunct or that were folded into polytechnics in the latter years of the 20th century, there are certain, still largely autonomous institutions that continue to go strong today — including in terms of the support they have long lent to the broader artistic ecosystem of their respective localities.

One such institution is Camberwell College of Arts, the now-constituent college of the University of the Arts London, situated on multiple sites in the Camberwell area of the capital. So, what is the often-untold story of the former Camberwell School of Arts and Crafts?

What sort of institution was, or is, Camberwell?

Today, Camberwell remains one of the smaller of London’s many historically acclaimed art colleges, with about 1,600 foundation, undergraduate and postgraduate students.

With its emphasis on such disciplines as fine art, illustration, graphic design and interior and spatial design, the college takes pride in what it describes as a passionate belief in social citizenship, “whilst maintaining the view that the arts must remain committed to the rewards of free enquiry and experimentation.”

Indeed, it is fair to say that as a comparatively lower-profile London art school – described by former Head of Painting Robert Medley (1905–1994) in his 1983 autobiography Drawn from the Life as “a typical and by no means especially prestigious example” — Camberwell has historically been noted for its high level of engagement with its south London location.

This much was evident on the day the school opened on 10th January 1898 in its now instantly recognisable premises adjoining the South London Art Gallery — today the South London Gallery (SLG) — on Peckham Road. The aim then being “to give the best artistic and technical education to all classes in the district.”

Such dedication to serving the social requirements and ambitions of the broader locale was equally clear in the mid-1970s, however, when textiles students painted the North Peckham Estate murals, and again as free ‘live art’ classes were launched for the unemployed in 1984.

In more recent years, Camberwell has continued to win much admiration on account of its involvement in community-based projects such as Peckham Space – now Peckham Platform – which was founded by the college in 2009 and became independent from the art school in 2013.

So, what was the ‘Camberwell School’?

If there was any era during the school’s history when it could be argued to have served as a particular fulcrum of not just London, but also the wider UK’s artistic development, it was surely the period immediately following World War II.

Such developments since Johnstone’s appointment as principal in 1938 served to usher in an influential period during which, in the words of Geoff Hassell — the author of 1995’s Camberwell School of Arts and Crafts: Its Students & Teachers 1943–1960 —  the Euston Road School had “in some small way… attempted to re-form itself at Camberwell School of Art.”

This was a time of charismatic teaching that enabled the school to attract many talented students, including mature ex-servicemen, to enrol, with many of the painters to emerge from that fertile era — such as Terry Frost (1915–2003), Anthony Eyton (1923–) and Euan Uglow (1932–2000) — themselves going on to establish national and international reputations.

A particular signal of the school’s burgeoning fortunes at around this time was the fact that while there were around 40 full-time students at Camberwell before the war, numbers had risen to almost 400 by 1948.

With the culmination of an exhibition in London in the 1980s showcasing the work of teachers and students to have passed through Camberwell’s doors in the 1940s and 1950s, the ‘Camberwell School’ finally came to gain some serious recognition.

As Max Wykes-Joyce (1924–2002) observed in the edition of Arts Review dated 20th May 1988: “For this excellent show, splendidly catalogued, clearly establishes the Camberwell Group with as much significance in English painting as the Pre-Raphaelites or the Camden Town Group… the seventy works in this show establish the significance of the Camberwell School beyond doubt.”

Alas, by this time, the influence of these painters had long receded from Camberwell itself, a process that began with the appointment in 1958 of Medley, who lamented in his autobiography that “The painting of sensitive pictures in an acceptable Sickert-Euston Road style that had become the norm at the School was all very well, but it left too much out of account, too many possibilities unexplored.”

However, it was the part-time appointment of Frank Auerbach (1931–) that was described as Hassell as possibly “the final nail in the coffin of the previous regime.”

Again, this was by design, Medley explaining:

“The other thing I felt was needed was to offer some real alternative to the Coldstream manner of drawing, which had become something of a formula at the school.

“Frank Auerbach, visiting once a week had become the strongest antidote possible. The studio soon became deep in charcoal, heavily worked paper, and paint scrapings.” In Hassell’s words, though, “Auerbach’s near obsession with agglomeration, rather than with form and shape, perhaps ended a period in the teaching of art that arguably has not been rivalled in post-war years.”

Are you a current or former student of Camberwell College of Arts in any of the celebrated eras of its existence, or aspire to enrol at the school? Or do you have any other thoughts on the college’s past, present and future? If so, please feel free to share your thoughts below.

The Stories Behind 5 of the UK’s Greatest Art Colleges

The progressive early history of Mackintosh’s Glasgow School of Art

How major cities shape up for artists: London